Edward Koiki Mabo (1936-92) left Mer (Meer), Murray Islands in the Torres Strait, for Queensland in 1957 and held labouring jobs. Pitting himself against what he saw as white oppression, he became a dedicated activist and a prominent figure who served on national advisory bodies. From 1981 he led the Murray Islands people who took their native-title claim to the High Court. Courtesy Australian Dictionary of Biography

The Governor of New South Wales, Richard Bourke, issues a proclamation invalidating treaties between squatters and Indigenous people under which the squatters sought to assume ownership of Crown land by purchase from the Aborigines. The proclamation affirms the British claim to have taken possession of the land. It reinforces the assumption, now known as terra nullius, that the land had previously belonged to nobody and could only be acquired through distribution by the Crown. The Mabo High Court decision in 1992 recognises the prior title of Indigenous people to the land. 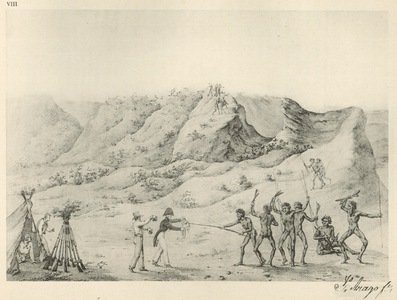 In a landmark decision, the High Court determines that native land title was not extinguished by British occupation, overturning the assumption of terra nullius — that the land had previously belonged to nobody and could only be acquired through distribution by the Crown. The High Court ruling recognises the Meriam people’s common law rights to native title, based largely on the Mer Islanders’ ability to demonstrate continuous cultural ties with their land. The judges extend the principles to mainland Indigenous people, and pave the way for the Native Title Act 1993 and the Wik Decision in 1996 that indicates native title can co-exist with other land rights. The Case is commonly referred to as the Mabo Case after Eddie Mabo, who led the legal action on behalf of the Meriam people all the way to the High Court.