Janine Haines (1945-2004), a teacher from South Australia, was the first Australian Democrats senator (1977-78 and 1981-90). In 1986 she became the first woman to be elected parliamentary leader of an Australian political party. A feminist and advocate of social justice, she believed that women should demonstrate their capability to be effective parliamentarians. Courtesy Australian Dictionary of Biography 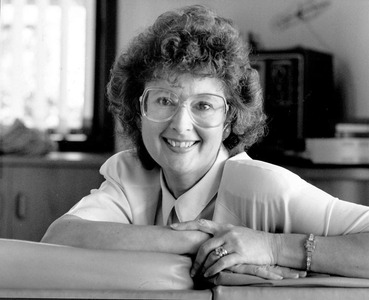