Pauline Lee Hanson (b.1954), a small-business owner from Queensland, was a member (1996-98) of the House of Representatives, initially as an independent candidate. Articulating the grievances of voters marginalised by the political system and disadvantaged by economic change, her One Nation Party has had members in federal and three state parliaments. Her public comments about Aboriginal people and Asian immigrants were controversial. 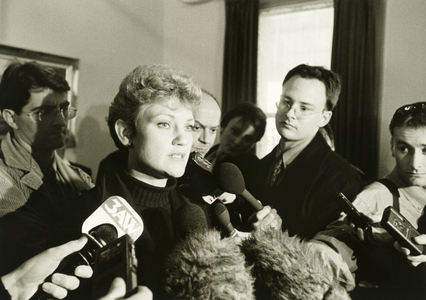 Pauline Hanson forms the One Nation Party in Queensland, promoting ‘traditional’ Australian values and government support for small business and the rural sector. It favours restricted immigration and limitations on ‘discriminatory and divisive policies’ on Aboriginal and Torres Strait Islander and multicultural affairs.