Robert Menzies (1894-1978) was prime minister for a total of nineteen years and a leading figure in federal parliament during his entire period in the house - from his election in 1934 until his retirement in 1966. He served in office twice (1939-41 and 1949-66). Menzies was a founder of both the United Australia Party and the Liberal Party. Menzies' first period in office ended in resignation, but he was responsible for the first great mobilization in response to the Second World War. Although he did not succeed in his attempts to persuade Labor to join in a government of national unity, in partnership with John Curtin he created a unique experiment in power-sharing through the Advisory War Council. His second period in office was far more successful, and was threatened only once by the cliffhanger election of 1961, which he won by one seat. Conservative in rhetoric and a Cold War warrior of international significance, who helped persuade the USA to commit itself to the defence of South Vietnam, he was also a reformer in such fields as cultural policy and education. His government supported the Elizabethan Theatre Trust, in many ways a forerunner of the Australia Council, and founded the National Library of Australia. Menzies grew up in Jeparit, a Victorian country township, where his parents kept a store. His was a political family, poor but prominent in the local community. His father later sat in the Victorian Legislative Assembly, and his uncle was a Nationalist Senator.

As tensions rise over Japan’s invasion of Manchuria, Port Kembla waterside workers refuse to load a cargo of pig-iron destined for Japanese munitions factories. The Commonwealth government intervenes to contest the right of a trade union to determine national foreign policy. The Attorney-General, Robert Menzies, earns the nickname ‘Pig-Iron Bob’ for his role in the dispute.

The United Australia Party elects former Attorney-General Robert Menzies as its new leader and Prime Minister. Menzies is Prime Minister when World War II begins and announces that Australia is at war with Germany. He represents Australia in the British War Cabinet and leads Australia during the early part of the war. For more information, visit the Australian Prime Ministers Centre.

Opposition leader Robert Menzies announces in Parliament that the United Australia Party and non-Labor organisations, including the Australian Women’s National League, have merged to create the Liberal Party of Australia, with himself as its first leader. 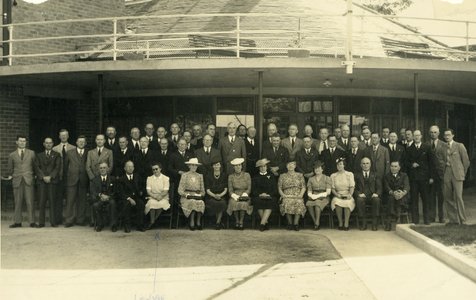 The newly formed Liberal Party of Australia wins a substantial victory in the 1949 federal election and its leader, Robert Menzies, replaces Ben Chifley as Prime Minister. The ‘Menzies era’ begins, and Menzies will serve a record term as Prime Minister. During his long period in office, television begins operating in Australia, Melbourne hosts the 1956 Olympic Games, Australia participates in the Korean War, the government attempts and ultimately fails to ban the Communist Party, the Department of Trade is created and Canberra rapidly develops as the national capital. For more information, visit the Australian Prime Ministers Centre.

The Australian people reject, by a narrow margin, a proposal to give the Commonwealth Parliament the power to make laws regarding communism. The referendum resulted from a High Court ruling that a Bill introduced by the Menzies government in 1950 to dissolve the Communist Party was constitutionally invalid. 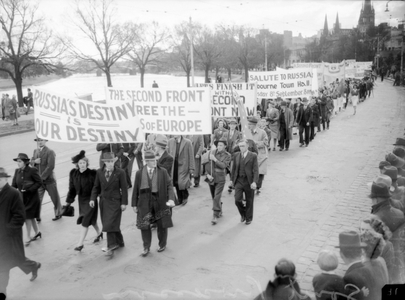 Conscription for the Vietnam War

The Menzies government introduces a compulsory military training scheme for Australian men born on dates chosen in a ballot system, dubbed ‘a lottery of death’ by Labor opposition leader Arthur Calwell. The National Service Act 1964 enables the federal government to conscript men for a two-year term and for a further three years in the Army Reserve, with exemptions granted on fitness and educational grounds. The first conscripts are sent to Vietnam and Malaya in 1965, and two ballots are held each year until 1972. Those opposed to war, or to service in Vietnam, mount a bitter and prolonged anti-conscription campaign that divides public opinion. The National Service scheme is wound up in 1973 with the passing of the National Service Termination Act by the Whitlam government. 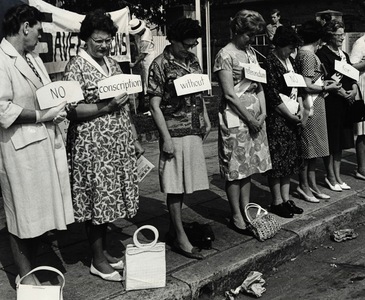