William Cooper (c.1861-1941), a Victorian shearer and handyman, was a spokesman for Aboriginal people in the 1920s and 1930s. He sought relief for communities affected by drought and economic depression. As secretary of the Australian Aborigines League he presented a petition and led deputations to authorities, calling for direct representation in parliament, enfranchisement, land rights and federal control of Aboriginal affairs.

In 1935, as secretary of the Australian Aborigines’ Advancement League in Victoria, William Cooper circulates a petition seeking direct representation in parliament, enfranchisement and land rights. His petition is unsuccessful but, by 1937, he has collected 1814 signatures from Indigenous people from all over Australia. The federal government declines to forward his petition to King George VI, or to seek the constitutional amendment necessary to legislate for Indigenous people or form an Aboriginal constituency. 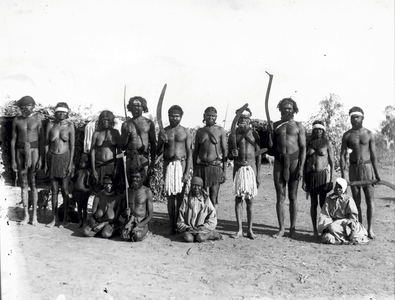 Australia's 150th anniversary and Indigenous Day of Mourning and Protest

On 26 January, as Australia celebrates the 150th anniversary of the landing of the First Fleet in Sydney Cove, Indigenous Australians attend a Day of Mourning and Protest in Sydney. The mourners wait for the sesquicentenary procession to pass, then march in silent protest from the Sydney Town Hall to an Australian Aborigines Conference at the Australian Hall. The Australian Aborigines’ League and Aborigines Progressive Association of New South Wales use the meeting to speak out about the denial of civil rights for Indigenous Australians. The protest is the culmination of years of campaigning by Aboriginal leaders including William Ferguson, William Cooper and John Patten. Patten and Ferguson circulate a pamphlet, Aborigines Claim Citizen Rights.